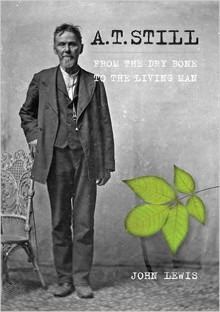 “A T. Still: From the Dry Bone to the Living Man”

“Osteopathic lesions often caused discomfort, but their real significance lay in the physiological effects the produced. Still taught the nerve irritation at the intervertebral foramen can generate different symptoms and signs depending upon which tracts within the nerve are primarily affected: sensory tracts producing pain, tingling or numbness; sympathetic tracts, by causing constriction or dilation of blood vessels, disturbing the supply of oxygen and nutrients or polluting the tissues with metabolic wastes; motor tracts causing muscular cramps, asthmatic spasms, constipation, hiccough or, through excessive relaxation, pendulous abdomen, sagging colon, prolapsed uterus, hemorrhoids, and many other problems. The initial physiological imbalance may be minor, with symptoms and signs appearing much later, but every lesion places a burden on the vitality, immunity and powers of recovery. Osteopathy was therefore not only curative but also powerfully preventative, and Still believed that early correction of lesions might significantly increase life expectancy.”

“Primary lesions were structural abnormalities; secondary lesions were other factors that caused or maintained abnormal function, originating elsewhere and registering reflexly in the spine though sensory nerve irritation. The list included mental shocks, bereavement, loss of property or friends, poor diet, overeating, extremes of weather, poisons - including microorganisms and their toxins - and medical drugs. Dr. Still "never taught that all diseases were due to displacements of bony structure" student S.H. Kjerner wrote: "but distinctly stated that changes in relationship of bony structures may be due to conditions at the peripheral end of nerves acting as irritants, [the] results of which may be the contracture of muscle, which in turn bring about the osseous conditions. Among these conditions we have abuse of function of various kinds, such as occupational conditions, lowering of resistance through loss of sleep, fatigue, abuse of digestive organs, etc. We were told that these vertebral conditions brought about a situation which resulted in the lowering of resistance of a part that in turn permitted bacteria to become effective, and how we practitioners could bring about a normal state by removing the conditions which interfered with the normal functions of the part."” (p. 159)

This excellent book - which apparently took the author, osteopath (a graduate from the British School of Osteopathy) John Lewis fifteen years to complete - is an in-depth, beautifully researched biography of Andrew Taylor Still (1828 - 1917) the founder of Osteopathy. Shortly after graduating, John Lewis traveled to Kirksville, Missouri, intending to research the spiritual aspects of Osteopathy. He remained there for four years, immersing himself in the schools archives, and began to develop what later became the material for this book.
Andrew Still was something of a visionary, yet it was personal tragedy that convinced him to stop prescribing the crude drugs of his time, and find a more effective way of practicing medicine, and he developed Osteopathy, based on the principal that the body has the resources needed to heal itself, and can be a self-healing, self-repairing mechanism. Often thwarted by the medical establishment, and considered at first, something of an eccentric by the local people Still faithfully kept to his principles and successfully treated an ever growing number of people. (Admittedly, medicine at the time was crude and largely ineffective, often consisting of blood-letting and administering crude poisons).
Still began teaching Osteopathy in the small town of Kirksville Missouri, establishing his school there in 1892. What followed was an amazingly rapid growth of Osteopathy - there were 12 Osteopathic schools by the turn of the century, eight years later, with some 700 students.